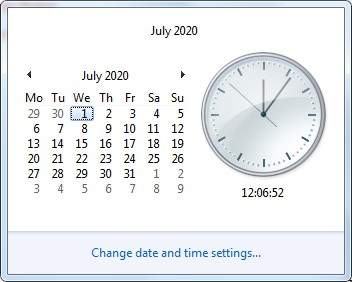 Amp Maker is reopening. I have ‘rebooted’ the whole business from shopping cart to courier systems. Just as with a computer reboot, the idea is to get rid of the stuff that doesn’t work, and restart with a clean sheet. 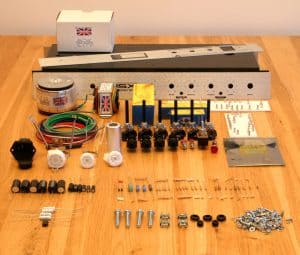 Amp Maker has been supplying guitar amp kits and parts since 2005. The first amp kit I launched was the SE-5a (5W), followed by the PP-18 (18W) and WF-55 (4W). The first two of these morphed into the N5X and P1800, respectively – each adding the features most often requested by customers. There are other kits in development. I also round up parts and materials to make amp building easier for customers who prefer to scratch-build than to build a kit.

I started Amp Maker in Stanmore (North London) and moved out to Suffolk in 2007. In April 2011, I incorporated the business as Amp Maker Limited. Shortly after that I moved to Cambridge. 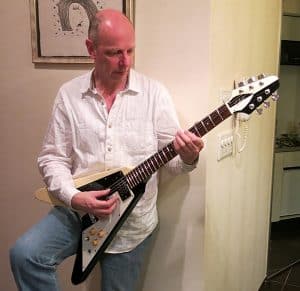 My name is Barry, and my main career has been in publishing – editing and writing technology magazines. I’ve also been modifying and making guitar amps for about 20 years; I’m self-taught, but that’s thanks entirely to the many fantastic Internet resources created and run by other valve amp enthusiasts. I think I turned to amp making once I realised that my skillz as a guitar hero were limited (right, somewhere in Japan). 🙂

It all seemed so simple when I started out: round up a good set of components, pack them together and ship them out to other people like me – valve amp builders who knew what they wanted and just wanted it all in a single box. In fact, there were also many other guitarists who wanted to build their own amp but who were completely new to amp building. So I wrote detailed construction manuals to make the kits a step-by-step process.

Since then, hundreds of customers have built my guitar amps (and many more have used Amp Maker parts to build their own designs). Without exception, the over-riding reaction has been emails from customers who are absolutely delighted – first, that they built an amp that works, and second, that the amp sounds so good. Those emails come from guitarists from Britain, all over Europe, the USA and Australia, from amp builders young and old, and from guys with one amp or even a stable of boutique amps.

Why do I do it?
I still get a real thrill when customers flip the Power switch on their amps for the first time. Knowing that out there, people are plugged into Amp Maker amps and rocking away with an ear-to-ear grin… it makes my day. I love it when customers let me know how their builds have gone and what their finished amplifier looks like. Take a few moments to look at the Customer amp gallery and the Sound and video clips page to see why.

The images below show a few amplifiers picked at random from the Customer Amp Gallery. Click any of them to read more. 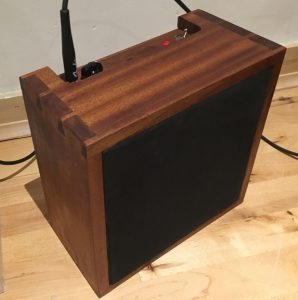 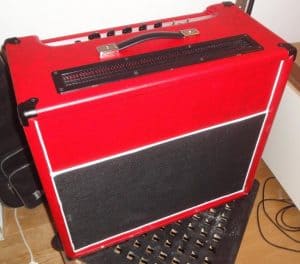 A classic combo style in an eye-catching colour combination. Ricardo has used 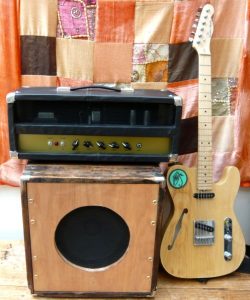 “Just wanted to say you deserve every success. Your kit was excellent 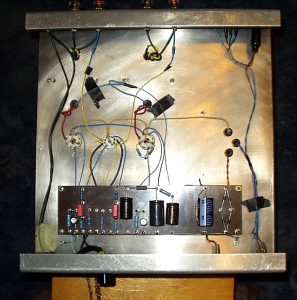 “Some pictures of my 18 watt TMB Super Lite build, the first

Callers by appointment only